Strolling along Queen St. W. this week I popped into one of my favourite jewelry stores in the city, Love of Mine Boutique.  In a strange but (financially) fortunate turn of fate, I wasn’t tempted by the jewels currently on offer, but was drawn to the colours and patterns on display at the back of the shop.  Turns out the online boutique Nowhereland has opened a pop up shop in the back of Love of Mine.  Nowhereland advertises itself as targeting the “bad and the beautiful” and this motto is certainly reflected in their clothes.  Edgy but undeniably feminine, the collection is trend-conscious (cut-outs, lace, peplum, chiffon & animal details were all featured) but with a uniqueness that can only come from a small retailer.  I fell head over heels for a belted tropic print dress with the most amazing cut-out collar and a silky scarf print top that I intend to wear with both suits and skinnies this fall.  Although the some of the more risque pieces (cage net tops and printed leggings) are not for me, their super affordable prices (most items fall under the $100 mark) make it a great place to pick up those super trendy items that you’re coveting now but you know will be relegated to the back of your closet by next season.  Shop online or check them out in person at Love of Mine until the end of September.

In unrelated fashion news, European clothier Massimo Dutti opened yesterday at the Eaton’s Centre.  I’ve only seen the window displays so far, but they inspired sufficient swoonage that it may be worth braving the weekend crowds.

About a month ago, I was wandering the aisles of a grocery store in Kensington Market as I often do and spotted something new to me: paneer in a package that resembled tofu. Paneer is an Indian cheese often cubed and put into curries. My favorite Indian dish is paneer in a spinach (palak or saag) curry. Curiously, I bought the paneer and it has been sitting in my fridge until last night.

I searched the internet for a healthy and authentic recipe for palak paneer.  Most recipes call for heavy cream and large amounts of oil, or skip the individual spices in favour of curry powder (which NEVER tastes as good). I came across this recipe, which uses minimal oils and yogurt in place of creams. The results were fantastic! 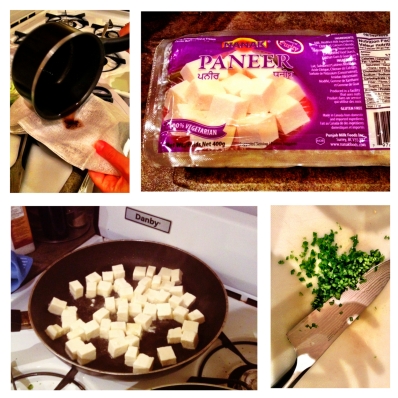 You’ll notice that the recipe calls for ghee (or clarified butter). I googled some instructions on that and used cheese cloth to make the ghee – it was all pretty easy. One key substitution I made to the recipe: I ran out of yogurt and used some sour cream I had in the fridge. I think it actually added some zest to make the curry more savory.

I put the palak paneer on top of some brown basmati rice and had an incredibly flavourful and healthy dinner! I’m glad it turned out so well, because I doubled the recipe and put a bunch in the freezer for easy dinners for my busy month ahead! Bon appetit, folks!! 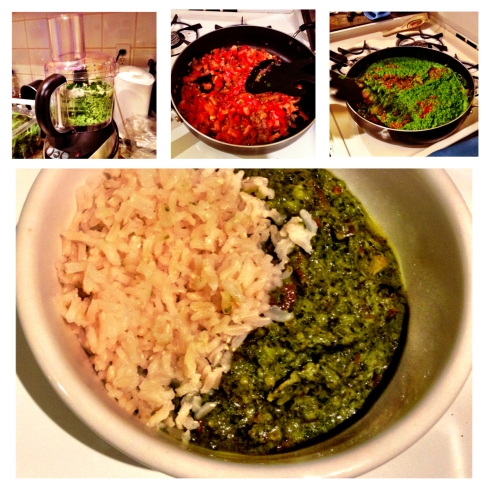 Also – just in case you weren’t COUNTING DOWN – a long weekend is upon us! If you’re in the city looking for fun, consider the happenings on our “Upcoming Events” page; we’re updating it regularly!

The sun is starting to set just a little earlier, we’re grabbing cardigans when we head out at night, summer dresses and sandals are on clearance… It’s that time of year again – the end of summer.  Although the Fall is my all time favourite season, I always miss the long summer nights and the ability to stay outside at all hours.  This past weekend we made the most of a beautiful day and threw a backyard birthday bash complete with a croquet themed cake, sparklers, bocce ball, bbq, and jugs of Pimm’s Cup.  Here are a few of the party shots and some other awesome summer things I’m holding onto as long as I can:

1) Playing bocce ball in approximately 100 square feet of backyard (around a picnic table, two muskoka chairs, a fire pit and our poor gardens). 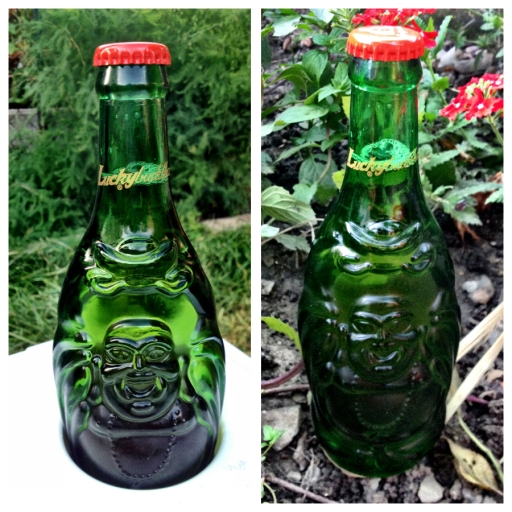 3) Bikes.  I have to admit, I’m a pretty fairweather biker.  My bike will be parked at the first signs of frost not to see the light of day again until the Spring.  While you can still ride with the warm summer breeze in your hair, head to Church street for brunch at Smith on Saturday and save 10% when you arrive via bicycle! 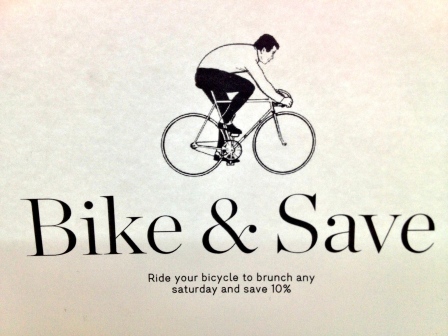 4) Flowers/colour.  Although it’s tough to beat the colours the emerge around October as the leaves start to turn, they’re no match for the bright greens, pinks and yellows of summer.  Enjoy them while you still can!

How are you making summer last?

Earlier in the summer, I wrote a post trying to demystify the TIFF ticketing process for you. I also b**tched about how the process for choosing films can be overwhelming, time-consuming and frustrating. Between the mega-program guide available for $35 at the Bell Lightbox (and, in my opinion, containing too much information), the free hard copy of the Official Film Schedule also available at the Bell Lightbox, the online scheduler, and the apps for Blackberry and iPhone, there is no shortage of resources.

Unfortunately, none of these tools will do the dirty work of kindly sifting through the 300+ selections for you and matching the films to your availability (well, there were curated packages, but they are all sold out).

Since I bought a package earlier in the summer, I got to choose my films yesterday and – lucky for you – have done some research, which I’m happy to share!

I would highly advise that you take a look at availability on Saturday once all of the advance ticket holders have made their selections to see what is still available. As of yesterday, there were some screenings that were already sold out. If it is sold out, don’t despair: check the film information online and if there is a distributor listed (as many films already have), it will likely be showing in Toronto in the very near future!

Warning: I tend to gravitate towards depressing, often politically-charged films that usually leave me feeling sad about humanity, but humbly grateful for my life.  I also tend to avoid the major Hollywood movies that will likely be (or already have been) picked up for wide release in favour of movies that may not make it back to Toronto. This will become apparent in my choices.

Amour (winner at Cannes, an elderly couple facing their own mortality)

Camp 14: Total Control Zone (documentary about a man who was born, raised and escaped from North Korea)

The Bright Day (part of the Mumbai City-to-City Program, a young man uses his DSLR camera to embark on a spiritual quest in India)

Ship of Theseus (also part of the City-to-City Program, three individuals’ tragic paths have an unknowing connection in Mumbai)

3 (From Uruguay – A man, unhappy with his life, tries to re-join the life of his ex-wife and daughter he left 10 years earlier)

Arthur Newman (Colin Firth and Emily Blunt. All you need to know!)

The Hunt (winner at Cannes, this film tells the story of an innocent man accused of child molestation)

The Time Being (A drama about an eccentric, dying millionaire who may be trying to either help further the career of a young artist or destroy his life)

Reality (Winner at Cannes, a satire about an Italian man who believes he is destined to be a reality TV star)

Middle of Nowhere (Winner at Sundance, a story about a woman’s blind devotion to her incarcerated husband)

The Master (Joaquin Phoenix returns to the screen playing a WWII veteran who meets the founder of a new religion, played by Philip Seymour Hoffman)

Inch’Allah (From the Producers of Incendies and M. Lazhar –  A Quebec doctor discovers the heartbreaking absurdity of life in Israel’s divided West Bank)

Barbara (Winner at the Berlin Film Fest. Set in East Germany in the early 80’s, a Berlin physician must choose between love where she resides or crossing the border for a better life)

Thank you Chris Myden!!! Who is Chris? He’s a self-proclaimed travel guru from Toronto who sifts through websites in search of great flight and vacation deals leaving from Pearson Airport (and recently, other Canadian cities, too) going ANYWHERE!

When Chris uncovers a deal that’s too good to be true, he’ll send out an email, a tweet and update his Facebook page (it’s all covered). And before you say “I don’t need to subscribe to any more emails”, rest assured that the emails are not sent frequently at all.  Some recent deals leaving from Toronto have included $271 incl. tax to Puerto Rico, $451 roundtrip to Finland, and $567 to Chile, all in.

Whether you’re planning a vacation or not, sometimes the deals are just too good to ignore! For me, it’s that time of year when summer is winding down and I’m dreaming up my next escape. Chris’ emails certainly encourage my daydreaming!

Do yourself a favour and indulge your inner travel bug by subscribing to YYZ Deals. 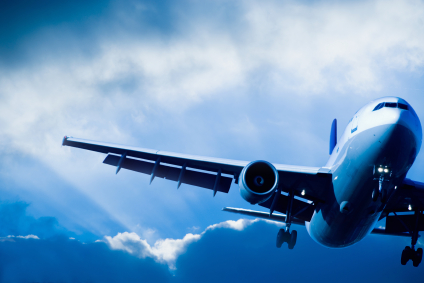