This time last year we had just spent the weekend watching the likes of Radiohead, Bon Iver, Calvin Harris, Black Keys, and of course, how could I forget: Tupac. Last year the sun was hardly bearable and the crowds were often obnoxious. This year I particularly loved the sets by Blur, Phoenix, Yeah Yeah Yeahs, Infected Mushroom, the Lumineers, the DJ set by Moby, and Nick Cave. Sure, maybe I missed the heat and the crowd’s energy, but this year I could see the stage, hear the music, have a drink in my hand and catch sets by artists on different stages at the same time – all from the comfort of my couch.

For the entire weekend, Coachella streamed sets live on YouTube, and if you didn’t know, now you do and you can catch it all for the festival’s second weekend starting this Friday. Just remember the time difference between California and Toronto – I had some pretty late nights this weekend waiting for my favorite acts to hit the stage! 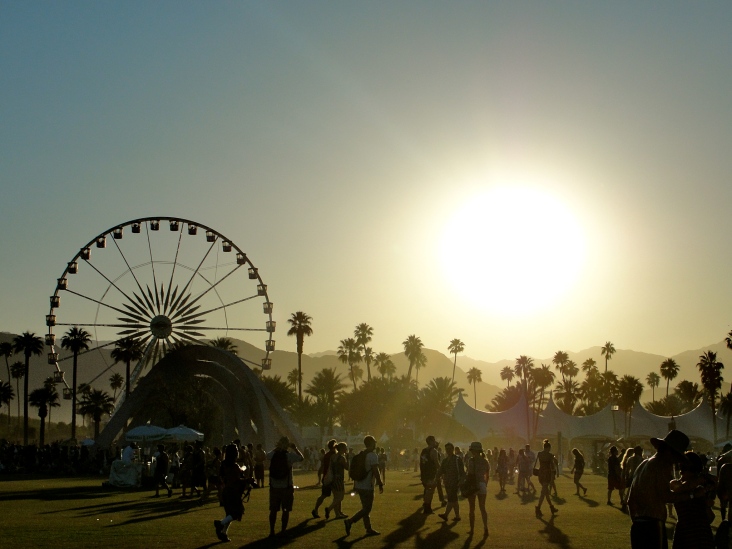 As if hibernating at home for the majority of the weekend watching Coachella wasn’t great enough, I escaped my home on Saturday night to see a show at the Great Hall and was absolutely blown away. My plan was actually to give this band its own blog post because they left me absolutely mesmerized. Do your ears and hearts a favour and check out Rhye.

I have been oblivious to the hype, but have now read the acclamations from all of the usual suspects (The Guardian, Pitchfork, NY Times, etc). Although I’m not quite sure I agree with Rhye being categorized as electronic since the violins, trumpets, basses, harmonies and lead singer Mike Milosh and male back-up singer/keyboardist Robin Hannibal (yes, they are two men singing) bleed soul, I won’t be distracted by labels. Rhye is exceptionally beautiful music, bottom line.