First thing’s first: I’m suffering from post-NXNE depression in a big way. This year’s festival was better than ever. Once again, venues kept to their schedules (some acts even started early! Gasp!), people flowed easily between venues taking in as much music as they could resulting in my never waiting in a line or missing a planned show, and I saw some amazing new bands. From the Yonge & Dundas Square shows, to 3:00am sets with extended bar licenses, to a full afternoon of acoustic music in Trinity Bellwoods park, I had warm fuzzies all weekend. Most importantly, I am a huge fan of some new bands, including St. Lucia, Youth & Gold, Still Corners, Paper Lions and Villagers. I’ve been reading some awesome reviews of the weekend and I’m trying not to get anxious about the sets I missed because contrary to what I want to believe, I can’t do it all! Good news is that I’ve now got a list of bands to keep my eye out for. Here are some great reviews of the week that have me counting down until next year:

A few choice shots from the weekend include Eight and a Half (L), the crowd at the Great Hall sitting and taking in Our Founders, and the Great Hearts festival put on by the Young Lions Music Club: 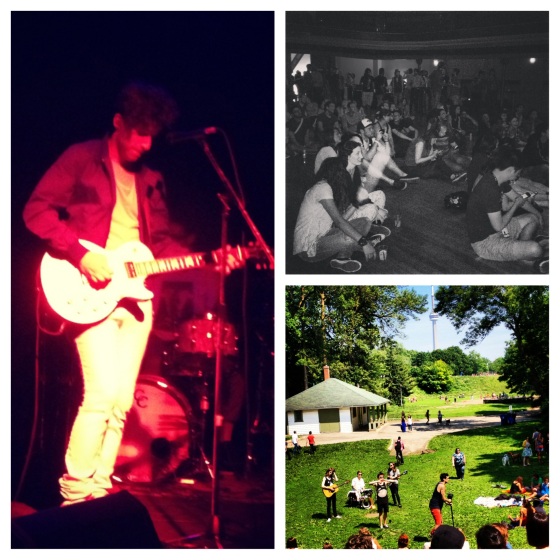 Amongst all the music and drinks and dancing, I had the most delicious blogworthy sandwich. Between the hustle and bustle of taco shops, organic grocers and vintage stores in Kensington Market, a new Swedish-inspired cafe has opened up. Swedish for “coffee break”, Fika is its name and I’ll give you a few reasons to visit. The coffee is sourced by Toronto’s Pilot Coffee Roasters and the pastries and most of the food is made in-house at Splendido. So yes, you can finally afford to eat Splendido’s food on a regular basis!  The front patio is freshly built and is perfectly placed to catch the sun’s rays while people watching and chowing down. And then there’s the melt-in-your-mouth mortadella sandwich: mortadella, gruyère cheese, watercress and dijon on home baked potato rosemary bread. I was too full for dessert, but the pistachio & lemon ice cream sandwich will lure me back in no time, it’s a promise. 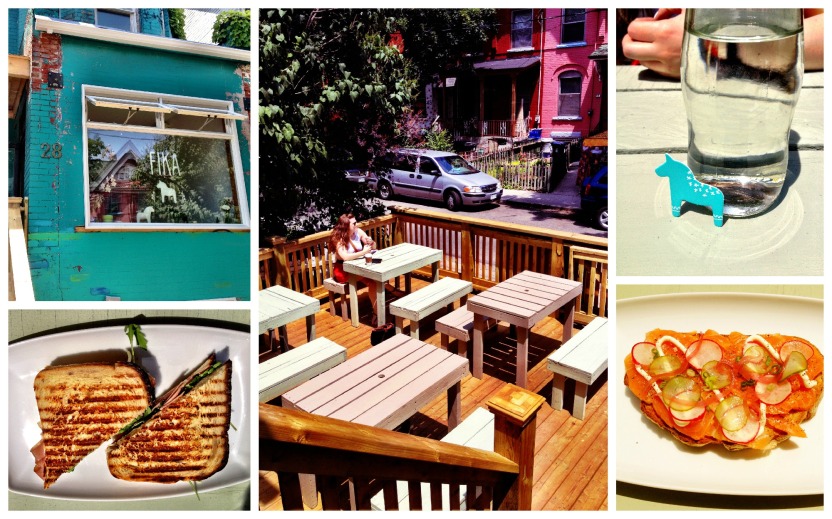